This is subject to the limits below. IT relief is given at your ‘marginal’ (highest) IT rate.

There is no relief from Universal Social Charge (USC) or Pay Related Social Insurance (PRSI) for employee pension contributions.

You can get tax relief, up to the relevant age-related percentage limit of your earnings in any year.

Total earnings limits The maximum amount of earnings taken into account for calculating tax relief is €115,000 per year.

Section 790A Taxes Consolidation Act 1997 (TCA) provides that an aggregate earnings limit applies for the purposes of giving income tax relief to an individual on contributions made to certain pension products (see below). This limit is currently €115,000.

In general, all income arising from pensions in Ireland is subject to taxation. This document sets out the way in which pensions are taxed. Occupational pensions are taxable. Many pensioners do not actually have to pay tax, because their income is too low.

The general tax credits available to people aged 65 and over are described in our document on taxation for people aged over 65 and on the Revenue Commissioner’s website.

If you are living abroad and you receive your pension from Ireland, it may or may not be taxable under PAYE. If there is a Double Taxation Agreement, you may be exempted from Irish tax (but usually liable in the other country). If this is the case, the Revenue Commissioners may notify the payer of the pension (i.e., your former employer, the pension fund, etc.) that income tax is not to be deducted under PAYE. If the Revenue Commissioners do not notify the pension payer, then PAYE must be deducted in the usual way.

If you have social welfare and occupational pension

If your social welfare pension was not coded in, you would have to pay tax as a self-employed person in a lump sum by 31 October each year.

If your other source of income is not taxed on the PAYE system, for example, if you have an occupational pension from abroad or you have investment income, then you are classed as a self-employed person and your tax is payable annually by 31 October each year.

If you have a social security pension from abroad, it is also generally taxable in Ireland. The tax is payable annually unless you have a source of income that is subject to PAYE.

Most of them provide that pensions for non-governmental employees are taxed in the country of residence. So, if you are living in Ireland and getting an occupational pension from another country, you should generally receive it gross and then pay Irish tax on it.

The opposite is the case for pensions for former Government employees – generally, they are taxable only in the country where they are paid. So, if you are a former employee of the US government now living in Ireland, you pay tax on your occupational pension in the USA only. In some cases, this applies to pensions from local authorities or other political sub-divisions – again, the particular agreement needs to be checked.

If you are over 66, you are not liable to pay PRSI contributions at all. Find out more about social insurance in Ireland.

If you are under 66 and are employed or self-employed, you pay PRSI on your income from that employment or self-employment. You do not pay it on your occupational or social welfare pension.

The Universal Social Charge (USC) replaced the health contribution and the income levy from 1 January 2011. All social welfare payments including pensions are exempt from the USC. However, occupational pensions are subject to USC. The rate you pay varies depending on your age and on whether you hold a full medical card. See our document on the Universal Social Charge for more information.

Income tax applies to almost all income. People aged 65 and over are subject to the same general tax rules as everyone else but they do get tax exemption limits below which they pay no tax and some extra tax credits. 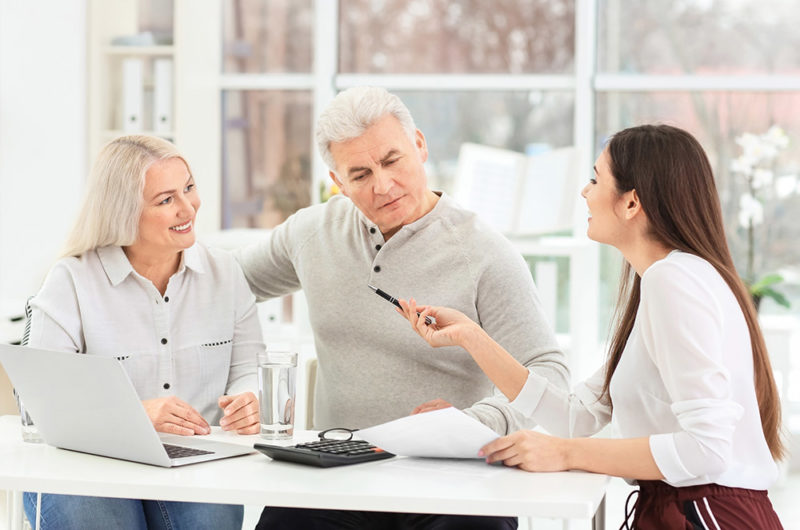 Contact one of our team today and request a consultation for one of the services.

Made with ❤ by Ultimate Websites

Pensionplus.ie is a trading name of O’Keeffe Financial & Mortgage Services Limited and is regulated by the Central Bank of Ireland C438104.

GET IN TOUCH
We use cookies on our website to give you the most relevant experience by remembering your preferences and repeat visits. By clicking “Accept All”, you consent to the use of ALL the cookies. However, you may visit "Cookie Settings" to provide a controlled consent.
Cookie SettingsAccept All
Manage consent

This website uses cookies to improve your experience while you navigate through the website. Out of these, the cookies that are categorized as necessary are stored on your browser as they are essential for the working of basic functionalities of the website. We also use third-party cookies that help us analyze and understand how you use this website. These cookies will be stored in your browser only with your consent. You also have the option to opt-out of these cookies. But opting out of some of these cookies may affect your browsing experience.
Necessary Always Enabled
Necessary cookies are absolutely essential for the website to function properly. These cookies ensure basic functionalities and security features of the website, anonymously.
Functional
Functional cookies help to perform certain functionalities like sharing the content of the website on social media platforms, collect feedbacks, and other third-party features.
Performance
Performance cookies are used to understand and analyze the key performance indexes of the website which helps in delivering a better user experience for the visitors.
Analytics
Analytical cookies are used to understand how visitors interact with the website. These cookies help provide information on metrics the number of visitors, bounce rate, traffic source, etc.
Advertisement
Advertisement cookies are used to provide visitors with relevant ads and marketing campaigns. These cookies track visitors across websites and collect information to provide customized ads.
Others
Other uncategorized cookies are those that are being analyzed and have not been classified into a category as yet.
SAVE & ACCEPT
Scroll to Top